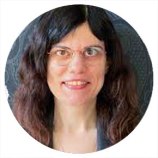 Dr. Ana Petrović is an Assistant Professor in the Urban Studies group and a human geographer by training. She is interested in the relationships between the social and the spatial, for example how sociospatial inequalities develop over time within and between cities, how cities are structured and organised starting from very small neighbourhoods up to regional scales. Within and beyond these themes, her methodological interests include quantitative (spatial) analysis of large longitudinal and geocoded data. During her PhD, which she obtained at TU Delft, she developed multiscale measures of population and used them to study the effects on spatial contexts at multiple spatial scales on people’s income. 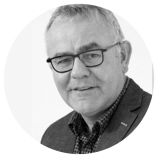 Dr. Arie Romein obtained his MSc and PhD in Human Geography of Developing Countries (as called then) by means of research of urban and regional development in the Global South. In the Planning Complex Cities research group he has supervised several graduation projects on informal settlement development (research-planning-design) in the Global South.  More in general, Arie is interested in the mutual interrelations between the transformation of urban socio-spatial structures and contemporary global capitalism, in particular the domains of consumerism (leisure, entertainment, tourism), housing and the ‘new economy of the inner city’ (in particular clustering of culture and creative industries). He positions trends that are inevitably bound up with this transformation, like spatial fragmentation and social segregation, vis-à-vis urban regeneration policies, planning and design. Besides, Arie is an experienced teacher in quantitative and qualitative methodology of empirical research, an integral part of Complex Cities graduation projects.

Students that Arie has supervised: 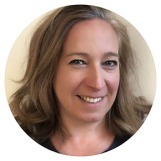 Dr. Caroline Newton is an architect, urban planner and political scientist. Her work and research focuses on the socio-spatial dimensions of design and critical spatial practices in Europe and the Global South. Her research interests are centered on the interrelationship between social processes and the built environment. Caroline obtained a PhD in Geography at the University of Leuven. After the completion of the PhD Caroline has worked on (informal) dwelling and participatory upgrading, the challenge of design and planning in post-colonial environments and also on the methodological and pedagogical challenges of a ‘designerly way of knowledge production’. She has written on integrating real and virtual words and their role for architecture and architectural education. She believes a strong connection between interdisciplinary academic work and the aim to be politically engaged and thus actually contribute to a more social and environmental just world is what should be the cornerstone of academic work. In 2019 Caroline received the Van Eesteren fellowship at the TU Delft, where she is an associate professor. The fellowship allows her to put spatial justice on the planning and design agenda and will generate insight in and understanding of how informality (in is different forms) impacts social justice and how we can revaluate vulnerability as a core aspect of a (more) human and just urban world. 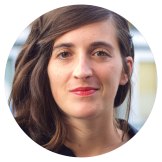 Clémentine Cottineau is an urban geographer whose work focuses on understanding and modelling the evolution of economic inequality between and within cities. She is interested in how residential migration, social reproduction and economic mechanisms concur to magnify and amplify inequalities in cities. For this purpose, she uses mainly longitudinal analysis of empirical microdata and generative agent-based modelling. Through past and present projects, she has also developed a scientific interest in the history of urban models, the spatial structure of firms and the urbanisation patterns in the post-Soviet space (including urban shrinkage). Clémentine holds a PhD from Université Paris 1 Panthéon-Sorbonne, and worked as a researcher at UCL’s Centre for Advanced Spatial Analysis and CNRS’s Centre Maurice Halbwachs before joining TU-Delft as an Assistant Professor in Urban Studies in 2020. 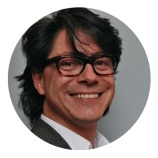 Dr. Diego Sepulveda is a designer and a regional planner. He is an active researcher in the Planning complex cities and Delta urbanism research groups. He also works as guest professor at several institutions. His main research topics are strategies to integrate the development of marginalized areas into metropolisation processes, with an emphasis on design and planning perspectives and tools. His main interest is the relation between societal processes and spatial planning, particularly in emerging and fast development regions. Diego is experienced in infrastructural development, socio-spatial integration (with special interest into fast transformative economies and the integration of the changing social dynamics) and interrelation between planning and spatial structures. Lately his work focuses on how to integrate climate change adaptation and mitigation strategies within a developing context. Diego’s work has been part of several studies, conducted by academia, multilateral agencies (such as the World Bank and the Inter-American Developing Bank) and governmental institutions. His publications are diverse. The New Urban Questions (IFOU 2010) is among the most significant ones. 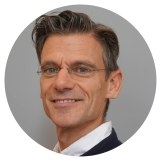 Dr. Ir. Gregory Bracken is an assistant professor at the chair of Spatial Planning and Strategy. He got his Dip.Arch. and B.Sc.Arch. at the Dublin Institute of Technology. He then worked in Southeast Asia for 10 years before coming to TU Delft to do an M.Sc.Arch. (with a specialisation in urbanism). He then went on to do a Ph.D. in TU Delft, subsequently working at the Architecture Theory section before moving to Urbanism in 2016. While at TU Delft he co-founded the Footprint journal, and from 2009-2015 he was a research fellow at the International Institute for Asian Studies (IIAS) Leiden where he set up (with Dr. Manon Ossewijer) the Urban Knowledge Network Asia (UKNA) with a €1.2 million grant from Marie Curie Actions. Gregory is author or editor of 16 books, including the popular Walking Tour series of architectural guides to Asian cities, as well as The Shanghai Alleyway House: A Vanishing Urban Vernacular (translated into Chinese), Asian Cities: Colonial to Global, and Aspects of Urbanization in China: Shanghai, Hong Kong, Guangzhou.

Dr. Lei QU is experienced in research topics related to urban regeneration and liveability in the context of migration and economic transition. In the past 5 years, she has been supervising graduation projects on, but not limited to, revitalisation of deprived neighbourhoods such as urban villages, historical inner-city areas or post-war districts, where housing and public space could be used as tools to cultivate new economies and improve liveability for all. Morphological study on the neighbourhood scale, city-regional level analysis on socio-economic and spatial transformation processes, policy study on the current development modes and institutional design that could facilitate new ways of planning, are essential methods for such research projects. 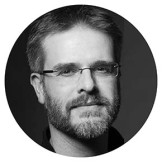 Prof. dr. Maarten van Ham is Head of the Department of Urbanism and part of the Urban Studies group at the Department of Urbanism, Faculty of Architecture and the Built Environment, Delft University of Technology, The Netherlands. The group investigates people-place relationships at different spatial scales, from neighbourhoods to cities to regions. Through its research it aims to better understand how neighbourhoods, cities and regions develop, how different spatial configurations and structures emerge (within and between cities), and how these configurations affect socioeconomic outcomes for people across spatial scales. Maarten’s own research focusses on the theme ‘urban inequalities & their effects’. Within this theme he aims to better understand the dynamics of urban inequalities and their spatial footprint in cities and regions, and how these spatial configurations of inequalities influence people. He investigates ethnic and socio-economic segregation in an international comparative framework and develops innovative multi-scalar measures of population, and alternative measures of segregation such as social frontiers, to improve our understanding of the impact of places on people. 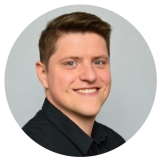 Dr. Marcin Dąbrowski is an Assistant Professor at the Chair of Spatial Planning and Strategy,  Department of Urbanism, TU Delft, where he conducts research in the fields of urban and regional planning as well as territorial governance. He has a background in political science and regional studies. His broader research interest spans across many topics related to the governance of territory: he has investigated regional strategies to circular economy, energy transition, urban climate change adaptation and flood risk management, regional development policies, stakeholder engagement in planning, and the evolution of spatial planning systems in Europe. He has also published extensively on various aspects of EU Cohesion Policy and has an long track record in research as part of large EU-funded consortia. Graduation students working with Marcin could consider aligning their thesis topics with research projects in which he is currently involved: H2020 REPAiR and Interreg Europe WaVE (for more information on these projects, see page ‘research projects’). 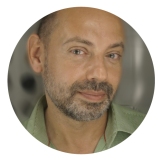 Dr. Roberto Rocco  is a spatial planner, designer and researcher in planning theory, governance and sustainability at the Section of Spatial Planning and Strategy of the Delft University of Technology (TU Delft). He has a diploma in architecture and planning by the University of São Paulo, a Master in spatial planning by the same university and holds a PhD by TU Delft. He has also a specialisation in spatial planning in developing countries by the Institut Français d’Urbanisme. Roberto has worked as a researcher at the University of Hertfordshire (UK) on a project investigating the relationship between design practice and academic research. His research interests include multi-level governance issues in regional planning and the emergence of complex networked city-regions, sustainability and spatial justice. A special focus lies on studies of metropolitan and regional governance of energy and water resources and the sustainability of these governance structures. Roberto is interested in concepts of spatial justice and the right to the city as crucial concepts that allow for a broader definition of planning tasks and for the emergence of new roles for planners in networked governance structures.

The study of urbanisation processes in the Global South has led to interest in informal urbanisation and the organisation of several events, including the URBAN THINKERS CAMPUS Education for the City We Need and the CONFRONTING INFORMALITY Symposium. Roberto is also one of the leaders of the AFRICA INITIATIVE at Bouwkunde.

He is responsible for courses on research methodology and planning and design studios and has published several articles on the subjects enumerated above. More information can be found here. 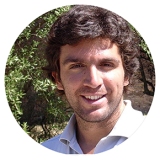 Dr. Rodrigo Cardoso is an architect and planner trained in Porto, Barcelona and London. He is currently Assistant Professor at the section of Spatial Planning and Strategy of the Department of Urbanism. Rodrigo obtained his PhD degree at the Bartlett School of Planning (London) before moving to TU Delft in 2016, where he now coordinates the Urban Geography MSc course. Building on his interdisciplinary background, his research focuses on the spatial, functional, demographic, social and political dimensions of metropolisation processes as cities are reshaped into urban regions. Related research interests include the spatial and socioeconomic structures and integration strategies of polycentric urban systems, the concept of urbanisation externalities beyond the economics framework, as well as the distinctive history, profile and challenges of second-tier cities in Europe and North America. More information about Rodrigo’s work can be found here. 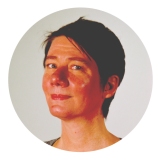 Dr.ir. Verena Balz  is interested in regional planning, governance and design. Her main focus in research is on the use and performance of regional design-led approaches in spatial planning and territorial governance, in the Netherlands and Europe. Her work on the topic is broadly published in international peer-reviewed journals. Against this background she has a particular interest to mentors students who intend to critically discuss concurring regional planning and governance schemes, by means of design. Over recent years she has also developed particular expertise in issues that concern irregular migration and refugees in Europe.

The below listed people have been engaged in mentoring Planning Complex Cities graduation students since 2010.